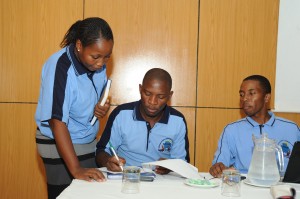 Kgomotso Jongman President of Botswana National Association of Social Workers explains the problems facing the profession. The BNASW is an active IFSW Member:

Social work in Botswana is a relatively new profession, established by the British government in 1946 to look after returning soldiers from the second world war. The profession has steadily grown from one social welfare officer who was based at the ministry of education to more than 3500 social workers.

In the past, prior to contact with colonists, welfare services were provided through the community, with households supporting each other in times of need. Poor members of the community were assisted by more affluent members, through systems such as mafisa – a scheme whereby people with lots of cattle loaned livestock to those who had none. The chief, the highest political authority, occasionally collected levies from his subjects to be used to sustain the community in times of famine and drought.

Social services such as education and health were rudimentary, and mainly provided through local initiatives. Indigenous volunteerism and mutual aid were the key ways through which services were provided.