The Commonwealth Organisation for Social Work (COSW), which is accredited to IFSW, ensured that the concerns of social workers were raised during the recent Commonwealth Heads of Government Meeting in London (CHOGM) (April 2018).

The Informal Forum of Commonwealth Organisations (IFCO) presented a submission to CHOGM in March 2018 drawing attention to several universal issues of concern to civil society and social workers, such as fair access to economic resources and fairness on women’s rights, especially regarding gender-based violence, as well as addressing such issues as rights of older people, disabled people, young carers and children, freedom of expression and protection for journalists, and rights of people of different sexual orientation and gender.

A recent IFCO meeting reviewed the CHOGM Communiqué and welcomed inclusion of several civil society priorities. IFCO and COSW regret the absence of specific reference in the CHOGM Communiqué to the needs of older people, freedom of expression and LGBTQI rights. IFCO noted the more open discussion of LGBTQI issues, including exchanges between civil society representatives and Foreign Ministers in an open session during the formal CHOGM meeting at Lancaster House. The Commonwealth Equality Network thanked COSW and IFCO for robust support in drafting the submission and during CHOGM meetings. 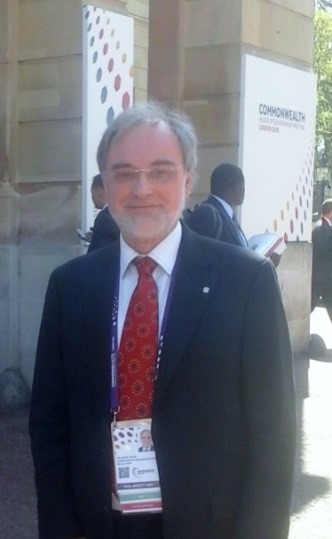 Speaking after the meeting, COSW Board member David N Jones (pictured above outside the CHOGM venue) said ‘the submission by civil society organisations was crucial to ensuring that the social work voice and social work values were clearly articulated in the IFCO policy submission. CHOGM gave the opportunity for that voice to be heard at the highest levels, including personal conversations with several Presidents, Prime Ministers and diplomats and the UK Foreign Secretary. The COSW presence in CHOGM confirmed that social work is a global, human rights profession with shared values and a commitment to social justice.

The Commonwealth Organisation for Social Work was established in 1994 and is an affiliated body of IFSW. It played an active role in the recent Commonwealth Heads of Government Meeting (CHOGM) in London. With 52 member countries, nearly a quarter of UN members, the Commonwealth has an important role in shaping policies on international issues like climate change, sustainable development and gender equality. 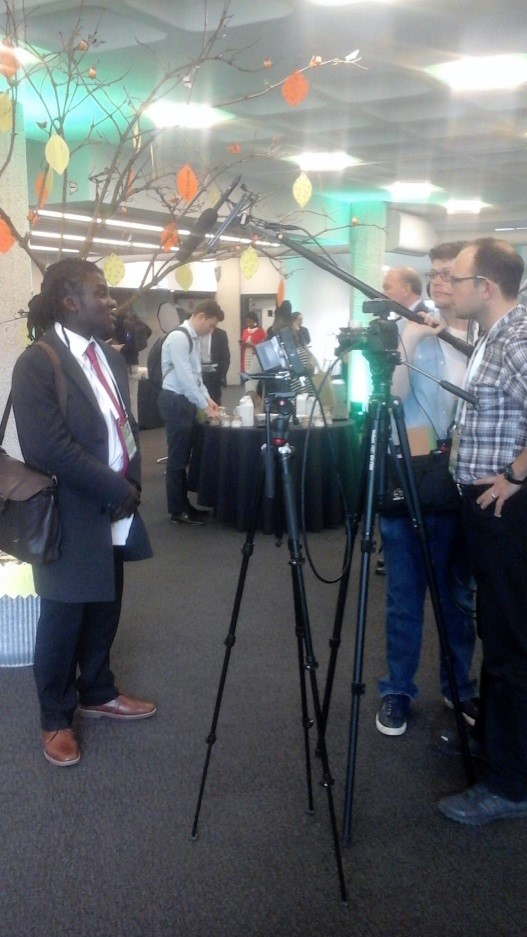 COSW thanks the British Association of Social Workers for professional and practical support before and during CHOGM (Godfred Boahen pictured left, BASW Policy and Research Officer, speaking up for social work in the CHOGM People’s Forum). BASW organised a fringe meeting which was addressed by the Minister for Children, Nadhim Zahawi, who praised the association for its work with the Commonwealth, adding “social work is a global, human rights profession with shared values and a commitment to social justice”.

The Heads of Government meeting is held every two years and this year was held in London. BASW was heavily involved at the Commonwealth People’s Forum and David N Jones, COSW Board member, former President of IFSW and the Chair of the BASW International Relations Committee, chaired the IFCO subgroup producing a submission on A Fairer Commonwealth, one of the four CHOGM themes.

COSW has a Malaysian chair, Canadian Secretary General and New Zealand Treasurer, with Board members from Australia, Kenya, India, South Africa and UK. COSW will be holding meetings in Dublin during the global IFSW conference in July 2018.