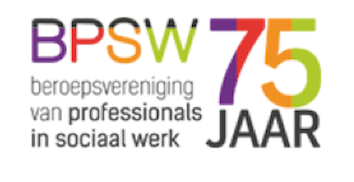 Operating under different names, but since 1947 BPSW (The Netherlands) can be proud of a flourishing social workers association that already exists for 75 years, and still going strong.

As in the first decades the members were mainly committed to individual service users and families, today we stand for all social workers working with individuals, families, groups and communities, in need of all kinds of social services.

Recently BPSW published a new ethical code for the whole profession, based upon the international principles as formulated by IFSW. Also last year an important BPSW-publication was released, wherein all branches of social work are defined and profiled.

There is a lot to fight for: the appreciation of social workers is growing, but still under stress as there are quite some workers leaving the profession, due to bureaucracy and other problems. During the pandemic we saw the great resilience of social workers, and with poverty rates rising there is a strong call for social workers to help those in need.

BPSW has a lot to celebrate as well, and the association did at a festive gathering on November 24.

The central theme will be professional autonomy, which has been a common thread throughout the history of social work. During the symposium a book about the history of the association will be launched, with a chapter on the long-term relationship between Dutch social work and IFSW, which formally began in 1947 as well, when after World War II international cooperation restarted with a conference in The Hague.