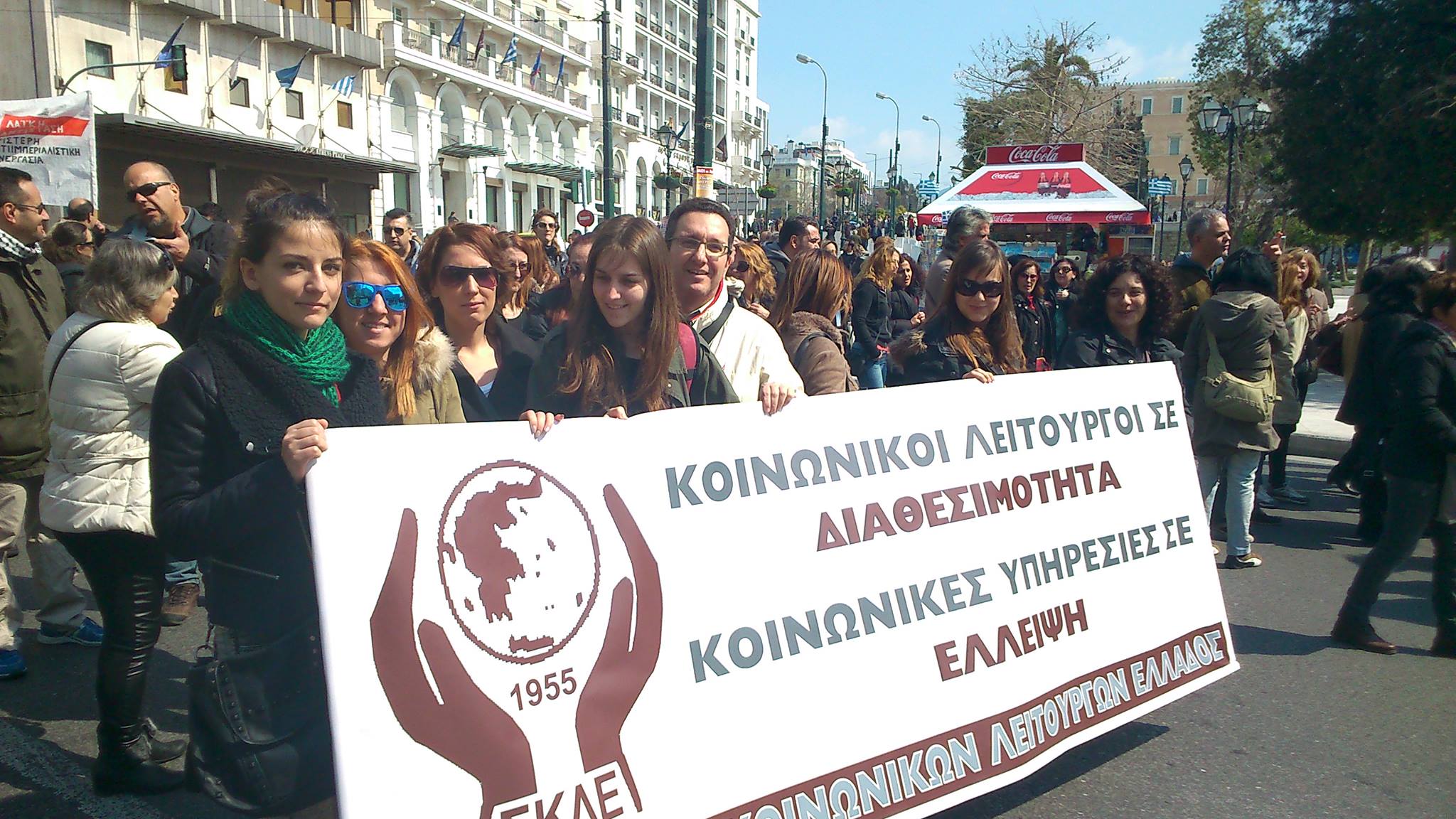 On Wednesday the Greek public sector social workers shut schools, left hospitals and public services on emergency staffing levels to protest against Government plans to fire a number of public servants due to Troika’s demands.

About 40 social workers of the public sector are about to lose their jobs and a lot more are threatened by government’s plans for dismissals.

As a result of living in austerity for four years, vulnerability has become mainstream for people living in Greece. In such crisis for people need adequately staffed social work services to assist then to access food, warmth and sustainable support networks. But the Greek Government chooses to dismiss social workers, amongst other professionals, to cut expenses.

“Greek social workers believe that investing in social work and social services will contribute to reducing short-term suffering and mitigate some of the long term consequences of the crisis”, said Periklis Tziaras, from SKLE (Hellenic Association of Social Workers).

SKLE calls for all Social Workers and Students Social Workers in Greece to join their next action: ‘Greek public sector workers strike, and march to parliament’ on the 19th of March.