World Social Work Day is a celebration that aims to highlight the achievements of social work, to raise the visibility of social services for the 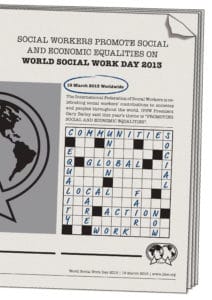 future of societies, and to defend social justice and human rights. Every year, World Social Work Day is celebrated the third Tuesday of March, it is a celebration that has become a highpoint in the social work calendar with social workers all over the world celebrating and promoting the contributions of the profession to individuals, families, communities and wider society.

Brazil, 2008 and to be in place to 2020. However, we must look at the beginning of the1980s to find the origins of this world celebration.

In 1983, IFSW United Nations Representatives in New York, led by Jack A. Kamaiko proposed a project to bring social workers of the area into the UN Headquarters in New York. This was the beginning of an annual celebration called Social Work Day at the United Nations.

The original idea behind the Social Work Day was to organize an event that could be a way of interpreting the work of the United Nations to the social work profession and of alerting social workers to the means by which they can collaborate with the NGO´s on humanitarian issues.

Since this first Annual Social Work Day at the United Nations , the IFSW UN representatives continued to organise 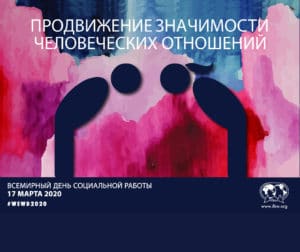 these days during either April or March. 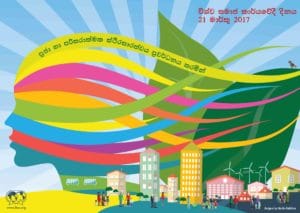 Along the years, this initiative that started in New York in 1983 has spread to other UN headquarters and IFSW UN representatives now organize events in Geneva and in Bangkok to celebrate Social Work Day in the United Nations,

However, we must wait until 2007 to find the first World Social Work Day.

Following the spirit of Social Work Day at the UN, the question of an international focused Global Social Work Day was part of IFSW General Meeting agenda for a number of years. In addition several members´ organisations started seeking the IFSW Secretariat’s guidance about the existence of an international social work day and their desire to co-ordinate a national social work day with that date.

In 1997, IFSW members’ organizations in Europe launched a pan-European Social Work Action Day which arose from the EU funded Social Inclusion Project.  This initiative that was widely supported across Europe led to a global proposal about celebrating a World Social Work Day. 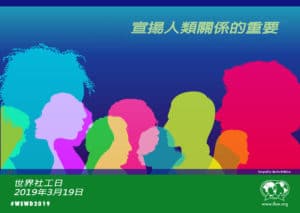 In 2006, in Munich, at IFSW General Meeting members agreed that the theme for WSWD 2008 would remain the same theme as the Jubilee year “Social Work – Making a World of Difference”. Background material available on the IFSW archives

In 2008, at the IFSW General Meeting in Brazil, IFSW member organizations agreed that future World Social Work Days to be celebrated in March each year on the third Tuesday. 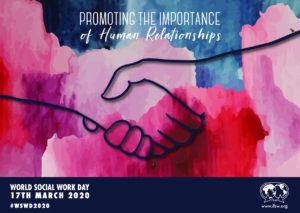 The general theme for the World Social Work Day 2009 was: Making human rights real – the Social Work Agenda, which was in focus for the World Conference 2010 in Hong Kong where it was discussed how social workers could build a social work and social development agenda for the upcoming decade that face the challenges the global society is confronted with and that makes sure that humanity can thrive despite the troubled times.

WSWD is currently an event that has become so successful in recent years it is now generally considered as highlight of international solidarity and cooperation of social workers. Every year IFSW produces a poster announcing WSWD that it is translated to more than 70 languages, and presented to governments, political bodies posted on the notice boards of social services and in social work class rooms throughout the world.