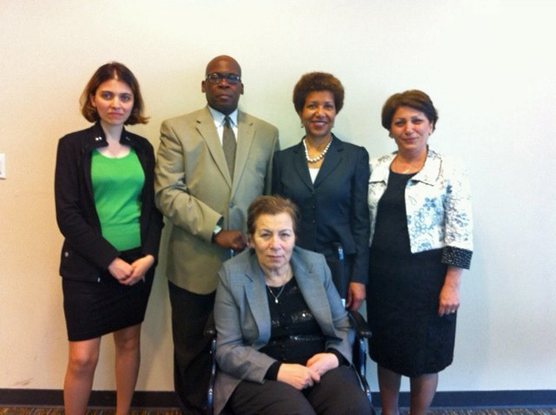 IFSW President Gary Bailey and Dr. Lyudmila Harutyunyan, were each recognized with Doctor of Humane Letters degrees during the University of Connecticut’s School of Social Work Recognition ceremony on May 11th 2013.

Bailey, a professor at Simmons College School of Social Work, is an internationally recognized leader, scholar, and educator in social work, diversity, human rights, and related fields. He also delivered the keynote address at the commencement.

Dr. Harutyunyan, known as the “mother of Armenian social work,” is a highly regarded researcher and educator whose work has taken her around the world and who also is a former member of the Congress of the People’s Deputies in the Soviet Union. She is regarded as a particularly courageous scholar, often writing about important social topics in countries that discouraged discussions about the issues or denied they were occurring.