Pascal Rudin is currently undertaking research in the field of Psychiatric Social Work in Bengaluru, India. This is where the TV shooting took place

According to the Diagnostic and Statistic Manual of Mental Disorders (DSM-5) published by the American psychiatric profession, ADHD is believed to be a brain-based disorder. However, while the hypothesis of a neurological base of ADHD remains unconfirmed, the fast growth of the application of this diagnosis is well documented by evidence. For example in Germany, the number of children diagnosed with ADHD raised from 5,000 in 1995 to 380,000 in 2008 and reached 600,000 in 2012 (Deutsche Gesellschaft für Soziale Psychiatrie, 2013). In the U.S., approximately 6.4 million children (11% of the overall population) have been diagnosed with ADHD as of 2011 (Centers for Disease Control and Prevention, 2016). In Switzerland, ADHD diagnoses in children are on the rise too. While statistics are still missing, the overall consumption of Ritalin is ranked top number six out of 190 states recognised by the UN.

Against this backdrop, in 2015, the UN Committee on the Rights of the Child showed great concern regarding “the excessive diagnosis of attention deficit hyperactivity disorder (ADHD) or attention deficit disorder (ADD) and the ensuing increase in the prescription of psychostimulant drugs to children, in particular methylphenidate, despite growing evidence of the harmful effects of these drugs, and about reports of children being threatened with expulsion from school if their parents do not accept treatment of  the children with psychostimulant drugs”. The Committee suggested Switzerland in its concluding observations to “strengthen its support to families, including access to psychological counselling and emotional support, and ensure that children, parents, and teachers and other professionals working with and for children are provided with adequate information on ADHD.

Pascal Rudin, IFSW Representative to the United Nations in Geneva, is working in the field of Mental Health research in children for more than 13 years. He has seen many children displaying disruptive and antisocial behaviour. However, rather than just pathologising such behaviour and medicalising these children, Rudin strongly advocates for a Social Work approach. He said “the suggestions made by the UN Committee on the Rights of the Child are a wonderful invitation for us Social Workers to become more active in this field, as they are at the heart of what Social Workers do. It is difficult to overestimate the value of Social Work approaches in shaping a better future for all.” Good Health and Wellbeing has been identified as one of the UN Sustainable Development Goals (SDGs). And as Ban Ki-moon, the former UN Secretary-General said: “We cannot achieve the SDGs without social workers”. 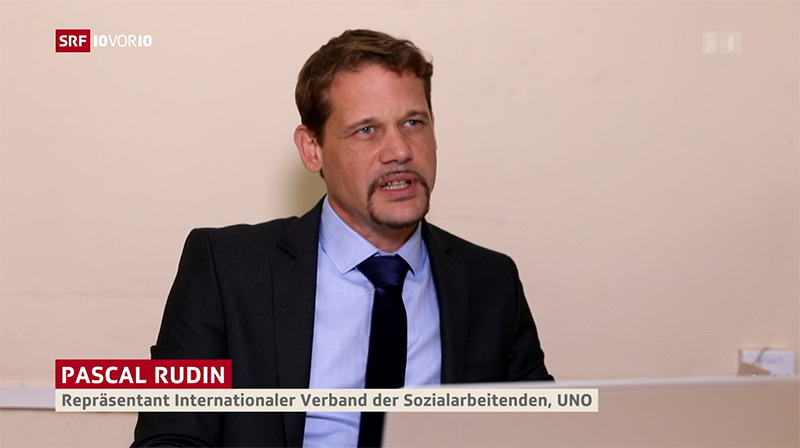 As Rudin highlights, a Social Work approach takes into account the history of every individual child and carefully draws out a social biography before taking up any action. This helps to identify environmental risk factors and possible trauma. Furthermore, Social Workers will look behind the possible meanings of ‘deviant behaviour’ in order to understand and help these children and to avoid simplified medical approaches that ignore the wider economic, social and cultural environment. Finally, Social Workers see themselves as child advocates and side with the child in order to prevent that the child becomes marginalised – respecting the right of the child to self-determination and promoting the right of the child to make his/her own choices and decisions.

While tendencies to pathologise ‘deviant behaviour’ in children has a long history, the development in the past twenty years have been extraordinary. Never before have so many children been subjected to long-term psychotropic drug treatment. This concerning tendency is still on the rise, alerting bodies such as the Swiss Ethical Committee, The UN Committee on the Rights of the Child and the broader public alike. Against this backdrop, the Swiss Television (SRF) has published a brief report on ADHD in Switzerland, including two comments by Pascal Rudin. He said: “it is most wonderful that IFSW’s work at the UN, but also everyday Social Work practice in this field, has now been recognised by the Swiss Government”.

Link to the video (in Swiss German)