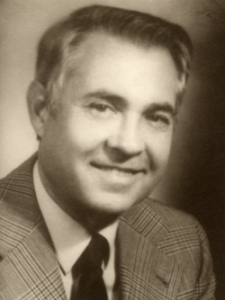 This is an obituary of one of International Association of Schools of Social Work (IASSW) Presidents from 1980-1988. He passed away in Nürnberg on the 10th of November 2016, but with his long and active life he has left traces that will be remembered in times to come. Several autobiographical and biographical portraits by himself, by colleagues and friends are available and the social literature is full of references.* This brief obituary is only an orientation through challenging times.

Heinrich Schiller was born in Germany in 1925 of Christian and Jewish parents and this had consequences for him during and after WWII, when he acknowledged the Allies as liberators from Nazi-Germany. He was one of the first to benefit from international programs with the goal of reconciliation and international cooperation. And he generously reciprocated! After he had earned his Master of Social Work – long before the Bologna Process in Europe – he was engaged in the professionalization of social work as an interdependent discipline through teaching and professional organization. He earned his doctorate with a dissertation on social group work and for a long time was a teacher in a European atmosphere where the profession of social work was increasingly perceived as having a double focus on “Social Work and Social Padagogy”.

From 1971 onwards he was founding professor of the “Evangelische Stiftungsfachhochschule“ and now “Evangelische Hochschule Nürnberg” (Protestant University, Nürnberg). Internationally, he was engaged in the International Federation of Social Workers (IFSW) when the first draft of an „International Code of Ethics“ was agreed on in Puerto Rico in 1976. He taught for some time in Thailand and in 1980 was nominated for the IASSW Presidency. It should be noted here that it took more than 50 years for a colleague from Germany to be nominated for that function after Alice Salomon in 1929. And his terms as President were truly challenging, due to two circumstances in particular: A storm of different views on the temporary expulsion of South Africa during the Apartheid system split up IASSW into two factions and organizational difficulties including the need for solid headquarters and financial stability shook the foundations of IASSW.

Due to his lifelong involvement in the wide field of practice, in social work education for excellence and in the development of professionalization of social work, he was also a pioneer in bringing together three of the earliest and most central international organizations in the field: the International Council on Social Work (ICSW), the International Association of Schools of Social Work (IASSW) and the Federation of Social Workers (IFSW). For his life’s work, Heinrich Schiller was honoured by the German Government (with the “Bundesverdienstorden 1. Klasse”) for his tireless engagement and achievements in the field of national and international social work.

Heinrich Schiller remained actively involved in social work affairs until his last days. He and his wife, Erika, lived very autonomously several flights up in their home above the square of the famous Nürnberg Christkindle Market and hosted many guests. Until I visited him and his wife in a Nürnberg home for senior citizens just a few days before Heinrich passed away, he still had his guitar handy and I wouldn’t have been surprised if he had sung a farewell song to all of us. – With his own special and dear wish for remembrance he quoted someone from an international star in outer space that is reflected in the announcement for his funeral with his family in attendance and with many friends and colleagues: „Don’t be sad when you think of me but do talk about me and laugh. Let me be with you just as I was during my lifetime“ (Antoine de Saint-Exupery).

Heinrich Schiller, third from the right, among colleagues from ICSW, IASSW and IFSW at the World Conference and the fiftieth anniversary of IFSW in 2006 in Munich.

Author of the obituary: