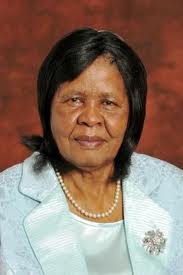 Thanking social workers for their hard work, she told the almost 600 social work participants that they are ‘special people who contribute to the moral fibre of the nation.’

The Minister criticised those who spend hours and hours developing a diagnosis of the problem and then developing plans, but who never implement them.  ‘Don’t spend lengthy periods on diagnosing’ she said.  ‘We need concrete ideas that will make a difference.  We need leaders who will take action for the benefit of our people.’

The Minister referred to the government’s review of policies to respond to the triple challenges – poverty, unemployment and inequality.

The “Voices for Development” Conference opens today, Wednesday, in Johannesburg, South Africa.  Around 500 social workers are gathering from South Africa, the wider African region and more widely to participate in 3 days of presentations and discussion on 25th – 27th September 2013.

The International Federation of Social Workers (IFSW) is the global federation of national social work organisations, including around 90 national associations consisting of more than 750,000 individual social workers.  IFSW is divided into 5 regions with the Africa region consisting of the following countries; Benin, Botswana, Ghana, Kenya, Liberia, Libya, Mauritius, Nigeria, Rwanda, Sierra Leone, South Africa, Sudan, Swaziland, Tanzania, Uganda, Zambia, Lesotho, Morocco, Niger and Zimbabwe, Senegal, Egypt, and Mozambique. IFSW remains true to its focus and belief that development should not only be sustainable but also be able to bridge the gap between the rich and the poor.