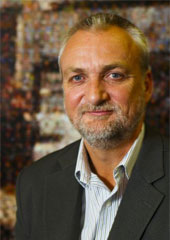 Speech to the 2014 IFSW General Meeting Submitted by the Secretary General, Rory Truell:

Dear sisters and brothers of the IFSW family, again it is an honour to speak to the General Meeting. I would like to start with some brief comments about where social work is placed at the global level.

Social work is a growing profession. 10 years ago IFSW had approximately 63 country-members and now it has over 140. Much of this is due to the realisation of many governments that social protection systems are essential to running vibrant communities and a good economy. This is demonstrated by researchers at Oxford and Stanford Universities who show that for every $1 invested in social protections systems, there is a $3 return to the economy, but also that people live longer, with fewer health problems and in communities with reduced stress and crime. Read more…

Search below for news, policies, reports, publications, and book reviews or go to the information hub.