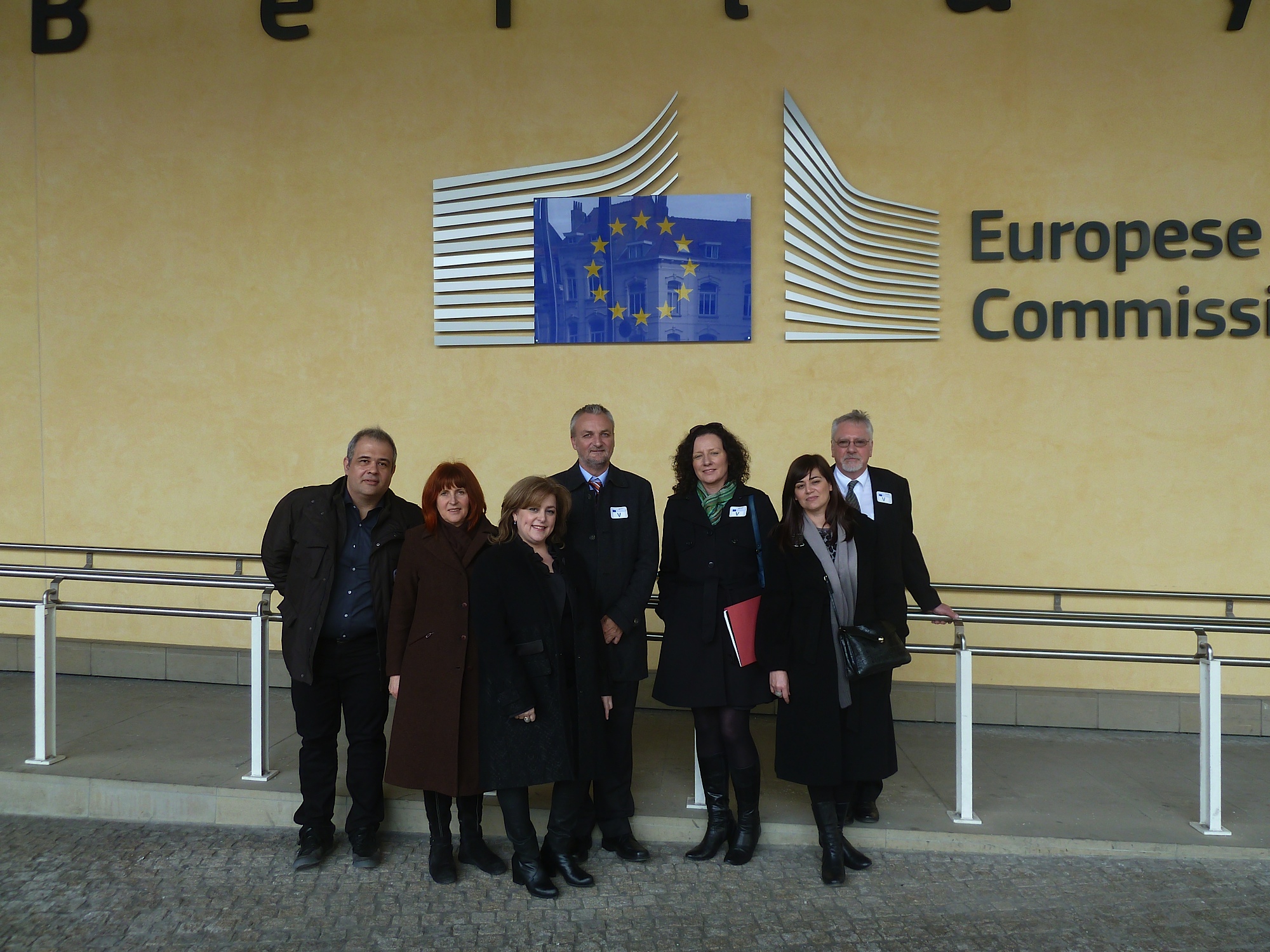 Members of The International Federation of Social Workers (IFSW) from Spain, Portugal, Greece and Ireland meet with Commissioner László Andor, European Commissioner for Employment, Social Affairs and Inclusion to engage the European Union in understanding the dire social affects of austerity upon the people of their countries.

This year World Social Work Day theme is Promoting Social and Economic Equalities. Social workers from across the European region are supporting their colleagues and the populations of the austerity-affected countries.

Social workers in the austerity-affected countries are dealing with the consequences of families and people in crisis that have lost incomes, housing and access to essential services. This is resulting in a significant increase in suicide rates, reports of violence and widespread stress and depression. As a consequence there are long-term implications not just socially, but also for the future recovery of the countries economies, as skilled people are leaving, training opportunities have ceased, and the health and general wellbeing of communities declines. “This toxic environment is not just harming this generation, but also the next as they will inherit a country that can not look after its people” said Anna Deneher from the Irish Association of Social Workers.

Ana Lima, President of the Spanish General Council of Social Workers said, “that the social dimension must be the priority of a new economic system”. While Perikilis Tziaras representing the Greek Association of Social Workers stressed that, “In this situation solutions will be found if the peoples of the austerity affected countries can stand together to address the issues because we all have the same problems.” Sonia Guadalupe representing Portuguese social workers stated, “This is not a crisis of the euro it is a crisis for people, we need new approaches where people are put first not profits”.

IFSW Secretary-General, Dr Rory Truell said, “austerity is clearly not producing the anticipated changes and growth in the economy that had been envisaged. It is therefore time to look for longer-term sustainable alternatives which should involve bringing all parties together in a Europe-wide summit that also includes NGOs and other civil society organizations”. Commissioner László Andor responded, that he was pleased to hear the social work perspective and encouraged social workers to engage all parts of the EU with their messages. However he commented that without European cohesion to address these issues there are no solutions.

IFSW called upon the EU to maintain social work services during the crisis to ensure that people’s basic wellbeing is maintained. “Social workers are very good at helping people find real solutions in their communities, and governments need to realize that we are a part of the solution and not part of the problem”, Dr Truell said.

The statement issued by all the European austerity-affected countries delivered to Commissioner Andor expressed that the free market austerity directions need to be abandoned and a new economic frameworks, both private and public needs to be built that ensure stable, coherent and equitable environments that allow people and communities to thrive. Dr Truell said, “Thriving communities are the cornerstone of a good economy”.