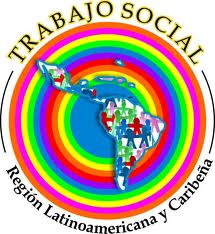 STATEMENT IN FAVOUR OF GENDER PERSPECTIVE
As the IFSW President of the Latin American and Caribbean Region as well a woman and social worker specialised in Gender issues, I wish to express my deep concern at the repeal for the Circular No. 19214/2015, as well as paragraph 9 of the General Guidelines that refer to the public policy of Gender Equity by the Education Department of Puerto Rico.
Undoubtedly, this action involves an enormous regression in terms of the equity between genders and it affects deeply to the democratic system. Since, the gender question(s) not only concern women, but fundamentally it points at the construction of more fair, more democratic, more equitable and less violent societies.
Gender Perspective in the educational sphere is crucial at the time of educate children of both sexes from a perspective of rights towards processes of democratisation the social relations; of constructing gender stereotypes and prevent situations of gender-based violence – not only in the familiar contexts, but also in all the interpersonal environments where women are present.
The gender perspective is an essential pre-requisite to achieve gender equity in terms of equal conditions and opportunities for all so we can develop fully as human beings in the society. Therefore, going against this democratic principle implies validating and sustain patriarchy attitudes – understood as the institutionalised manifestation of male dominance on women and children in the family with the consequent extension of the domain of men over women in society. In reality, patriarchy is a system of oppression and domination built by and for men. It defeats a social order based on the fictitious inferiority historically attributed to women in relation to men. That is to say, the patriarchy is the prerequisite condition to justify gender-based violence and gender-based homicides in our societies.
Being against of educating our children from the Perspective of Gender, implies being accomplices of a system that oppresses, exploits, tortures, and violates the women and girls. This is the reason of my deep worry and my total rejection to this measure which is pointing and committing an outrage against the sense of democracy in a democratic country. This decision made by the Education officials of Puerto Rico is condemning present and future generations to the subjective suffering and to the death as the final result and maximum expression of this Patriarchal order.
As social workers we cannot remain silent about this type of decisions that violate the basic principles that are main pillars of our profession: the democratisation of social relations, social justice, and the full exercise of citizenship and the recognition of Human Rights.
Thus, I would to join and support all actions and measures taken by the Chartered Institute of Social Workers of Puerto Rico, led by its President Dr. Larry Alicea Rodriguez, who is also the Vice-President of the IFSW Latin America and the Caribbean Region. My thoughts and support are with all of you.
Only the gender equity will make the difference!!!