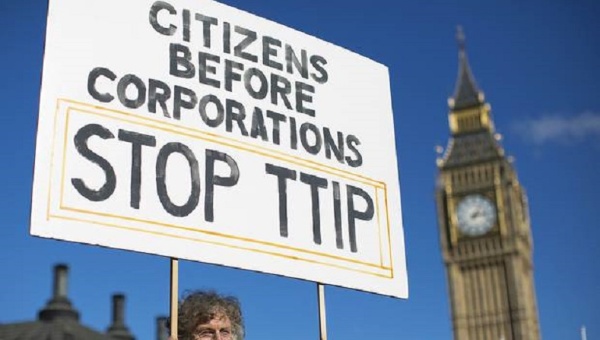 Statement by the International Federation of Social Workers 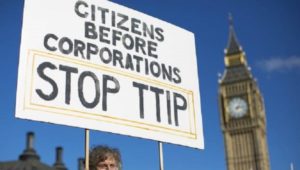 The US led global trade agreements TPP, TTIP and TISA* being negotiated by many countries in secrecy threaten the basis of democracy and the standards of living and wellbeing of all peoples. Of particular concern to social workers is that the agreements directly affect the rights of people who need support and care from social services.

The proposed trade agreements are seeking to establish a new template for all future trade rules that shift the power away from elected governments into the hand of profit-motivated international corporations. Such negotiations have been revealed by Wikileaks and have not been made open to the public.

This strategy effectively undermines all democratic structures, as it would enable companies to set the international standards for food, medicines, welfare and public services. The agreements, should they be ratified, also will have the power to set the wages and conditions for workers in the context of maximising profits. Worse still, is that the agreements seek powers to enable companies to sue governments over any thing they claim affects their investments and profits.

There are already some such trade agreements in place that have enabled corporations to take these actions. For example, the Swedish Company Vattenfall is currently suing the German Government 3.7 billon dollars because of Germany’s decision to phase out nuclear power following the Fukushima disaster and a long campaign by environmentalists; the tobacco giant Phillip Morris is suing Australian Government for limiting tobacco advertising, and the French company Veolia is Suing Egypt for raising the minimum wage.

The agreements seek a process where companies can legally sue governments through parallel judicial systems that can not be witnessed or scrutinised by the public, but through private hearings with judges nominated by the companies themselves. All sums paid will come directly from the taxes of citizens negatively affecting their intended purpose of running public services.

Should the proposed trade agreements become ratified this method of trade will become commonplace worldwide, radically affecting the basic human rights, the environment and standards of living for 99% of the worlds population. These agreements also pose a direct threat to public service, education, health and social protection systems, as their aim is to liberalise the public service environments and placing them in the hands of profit-motivated companies, which will drive down quality and reduce service provision.

The International Federation of Social Workers states that the world needs good global governance based on human rights, social justice and environmental sustainability and not on trade agreements that priorities profit over people, wellbeing and the planets resources. To achieve a sustainable and peaceful world international trade needs to be founded on the principles of: Human rights, fair pricing, just international standards of labour, enforced corporate social responsibilities, capacity building for developing countries, agreed forms of dialogue underpinning supply and demand agreements – enabling all parties to participate, and share in benefits.

Social workers in many countries have been taking a stand against these proposed agreements. They have been involved in protests and have been advocating that governments make these trade negotiations public. IFSW fully supports their efforts and works towards new global governance arrangements that put people and the environment before the interests of profit making companies.