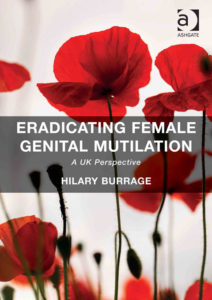 Female Genital Mutilation (FGM) is an internationally known form of abuse of female children and young people. In addition to the pain when carried out, it comes with considerable health risks to the person which require corrective surgery not easily available, disable her for life, and increasing risk in giving birth to mother and baby.

With globalisation, it is practised in a large number of countries, though its origin is in Africa and the Middle East. Although not prescribed by Islam, it is practised exclusively among Muslim communities, including in the UK. This means that BME girls are more likely to be the victims of FGM than white girls in the UK, extenuating existing inequality.

There are a number of un-knowns about FGM, such as exactly how many young girls are affected by it, the full harm to their health and that of their children, as well as the harm to their personal development. These remain unknowns due to the mixture of secrecy and illegality of the act.

Recognised as an abuse, it is illegal and forbidden in a large number of countries, including the UK. Yet the number of perpetrators brought to trial is very small, and none have been found guilty thus far. This is due to the secrecy mentioned above which prevents witnesses from coming forward, and to relatively toothless legislation.
An additional complication is the fact that an undisclosed number of FGM is carried out on young girls who are UK citizens outside of the UK, during “holidays” in their parents’ country of origin.

Unlike in most types of recognised child abuse, the perpetrators in this case do not perceive themselves as committing an abusive act, are usually women, and see themselves as upholding community norms. These norms require FGM to be carried out as a way of ensuring the “purity” of the young person, of delivering her in due course to her future husband while securing that she will not have sexual relations with another man. Perpetrators describe their lucrative occupation as an “act of love”, and are often of high standing in their communities.

The vulnerability of the victims – who are often unaware of the imminent abusive act, and are legally minors – is secured by the secrecy and by the righteous patriarchal stand of the perpetrators, as well as the complicity of their parents. The sense of betrayal and intrusiveness felt by the victim must be sky high, but they are aware that they have to keep quiet, and in most cases are unlikely to know to whom to turn for help.

The author, a sociologist and activist, specialising in a range of community issues, highlights the development of policy and legislation concerning FGM in the UK, as well as internationally. Regardless of the acceptance of FGM as a crime since the 1990s, the first legislation was confirmed only in 2015, and the one and only case brought to trial collapsed quickly due to lack of evidence. Likewise, funding allocated specifically to support the eradication of FGM was taken away soon after allocation in 2010, indicating the ambiguity of the government’s commitment to this cause.

In parallel we witness the growth of non-governmental organisations, and the high level of commitment by activists, some of whom have been victims of FGM. Such activists face the risk of being labelled as unfaithful to their communities’ traditions, with the penalties attached to such an act of defiance. These developments are not limited to the UK, and in fact a number of African and Middle Eastern countries have by now legislation which prohibits FGM.

The book provides many references, a website to work with on enhancing the reader’s knowledge, and a list of organisations working on this issue.

The author has published in 2016 a book containing more than seventy narrative from survivors, family members and community activists, titled Female Mutilation: The truth behind the horrifying global practice of FGM (New Holland Publishers). Indeed I missed personal narratives and case studies in this book, which would have added an in-depth dimension for the readers.

The book provides social workers, as well as social policy makers, researchers and activists, with a wide comparative canvass, facts, and an honest discussion of the likelihood of eradication of FGM in the near future, demonstrating the author’s understanding and analysis of the considerable obstacles needed to be confronted, if we are to achieve this very necessary objective.

Shulamit Ramon is Professor at the University of Hertfordshire, UK. A social worker and clinical psychologist, she has led a programme on empowering women experiencing domestic violence in five European countries.