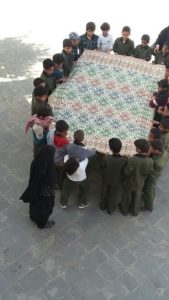 Earlier this year IFSW was able to provide US$1000.00 to the General Union of Yemeni Social and Psychosocial Workers to provide training for social workers that would enable support to the children affected by the war in Yemen.

With these funds, and drawing from their own resources, the General Union of Yemeni Social and Psychosocial Workers took action in the most war-affected districts. They have subsequently held psychosocial interventions for children involving 90 social workers working in 10 mobile field teams to provide assistance to more than 1200 affected children.

“Social workers in war effected countries have the hardest job”, said IFSW Secretary-General, Rory Truell, “They too suffer the conditions of war and each day the workers and their families lives are at risk. Yet each day social workers voluntarily provide life saving services of building community support, trauma counselling and organising care of the most vulnerable. Our colleagues in Yemen are nothing less than heroes.

“Through a Solidarity Fund, IFSW was able to produce a small amount of support, which our colleagues in Yemen where able to maximise. Further international solidarity and action is needed. Social work associations and representative organisations in the countries that are dropping bombs or providing military support need to continue and expand their efforts along with others in advocating for a stop to this war. Ending this war and other conflicts in the Middle East, which directly affects more than 10 million people, will also bring an end to subsequent terror that is escalating worldwide. IFSW commends the General Union of Yemeni Social and Psychosocial Workers for their spectacular and inspiring role in supporting the children and people who are victims or war”, he said. 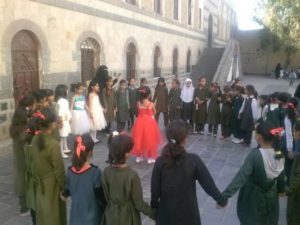